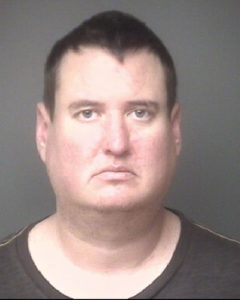 A 36-year-old man who held Dubuque Police at bay in an armed stand-off last week has been released from the hospital — and placed under arrest.

Dubuque Police say on June 21 they were asked to do a welfare check on Ian Bonnette. Police found him in a vehicle, but Bonnette was wearing a bullet-proof vest and had a rifle. He ran into some woods nearby.

A police negotiator got Bonnette to surrender about two hours later. He was taken to a local hospital for a mental health evaluation.

Bonnette was released from the hospital on Wednesday, “immediately” arrested according to Dubuque Police and charged with a simple misdemeanor that would bring a month in jail if he’s convicted. He’s also charged with an aggravated misdemeanor with a possible sentence of up to two years in prison.