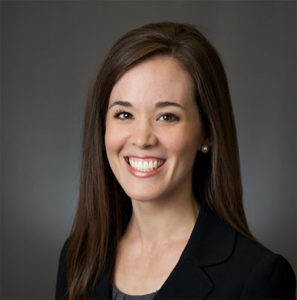 A Des Moines church is suing the Iowa Civil Rights Commission over its advice about transgender bathroom policies for “public” church services.

The Iowa Civil Rights Commission has published a statement on “gender segregated restrooms.” It says there is no “bona fide religious exemption” that would let churches require transgender guests at public church events to use the restroom of their gender at birth.

Christiana Holcomb is one of the attorneys with the Alliance Defending Freedom who is representing the Fort Des Moines Church of Christ in its lawsuit against the state.

“In late 2015, our client learned that an unelected commission in the state of Iowa had issued this publication, this news guide, that says any church that welcomes the public to attend its worship services must essentially censor its speech about human sexuality including its teachings on the pulpit and is no longer allowed to have designated sex-specific restrooms and shower rooms for biological men and women,” she said during an interview with Radio Iowa.

The Civil Rights Commission cites a 2007 state law that bars discrimination against a person because of his or her sexual orientation or gender identity. The commission advises that public events in churches and church-operated child care are ineligible for a religious exemption. Holcomb argued it’s unconstitutional to force the Fort Des Moines Church of Christ to change its bathroom policies for visitors who attend worship services.

“Churches have always been at the center of First Amendment protections,” Holcomb said. “They have always been essentially private, sacred spaces, so no church should ever be forced by the government to censor its religious speech or to change how it operates its house of worship.”

Holcomb called the commission statement “unprecedented” as Holcomb said she doesn’t know of any other state that has issued this kind of advisory for church transgender bathroom policies.

“It’s an unprecedented intrusion of the state into the church and really should be cause for concern for every American,” Holcomb said.

A Sioux City church plans to file a similar lawsuit this afternoon.

“Do we all understand what’s happening?” Red Wing asked. “The Iowa Civil Rights Commission is being sued for doing its job.”

During an interview, Red Wing said she supports the First Amendment and she consider a sermon to be a “bona fide religious activity.”

“But if they are offering any kind of public accommodation and that might be a food pantry or a children’s camp that is open to anyone, then people are protected based on their sexual orientation and their gender identity, so we just see no reason for this lawsuit,” Red Wing said.

Red Wing said churches can believe whatever they wish, but they cannot break the law when church facilities are used by the public. And Red Wing said the lawsuit doesn’t foster an “inclusive environment” for all.

“Here in Iowa I think we pride ourselves in being reasonable,” she said, “and this doesn’t feel reasonable.”

(This post was updated at 12:24 pm with additional information.)