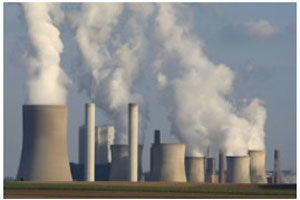 Residents of the Omaha-Council Bluffs area who have breathing troubles like asthma may find it particularly difficult to be outside for very long during the day this week.

Greg Youell, executive director of the Metropolitan Area Planning Agency, says there are higher concentrations of ground-level ozone, thanks to the steamy weather and pollution.

“Ground level ozone is formed when you have the combination of emissions and sunlight and hot temperatures,” Youell says. “Our ozone season typically tracks with baseball season. It’s in the hotter months and these hot summer days is when the ozone could be really high.”

Health officials say readings in Omaha-Council Bluffs will be in the upper end of the moderate range of the Federal Air Quality Index. Despite the ozone issues, Youell says the air quality is usually quite good though the levels are now “teetering on the edge” of the limits.

“We don’t want to go into what’s called non-attainment,” he says. “If we did that, it could end up being a big burden on our entire area. It could mean having to do inspections for our vehicles which can lead to more costly repairs for our cars. Also, it limits the ability to some of our businesses to expand and attract new businesses in the area.” Youell says there are small things residents can do to help reduce the ozone levels.

“Limit trips as you’re driving around,” he says. “Carpool or take the bus, walk and bike. Moving the lawn is one thing you want to avoid or at least do it during the cooler hours of the day. The same with refueling your vehicle. If you can do that at dusk or nighttime, that helps to reduce the amount of fuel that’s lost through evaporation.” Other suggestions include: shutting off your car if you plan to idle it for longer than 30 seconds and sealing all containers that contain paint, cleansers, solvents and other chemicals.