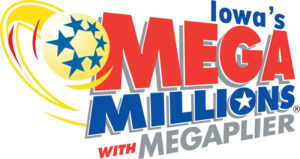 Update: The estimated jackpot has been increased to $540 million.

Lottery fever is starting to pick up again as the Mega Millions jackpot has grown to more than $500 million.

Iowa Lottery spokesperson Mary Neubauer says the big jackpots bring in a lot of new people. “We get a lot of first-timers jumping in and occasional players jumping in, so what we see is that the pool of players expands a lot when the jackpot gets as high as it is,” Neubauer says. “And I think because of that, we get questions that we don’t normally see.”

She says most of the questions involve how to play the game. “The number one question that we are getting right now is how late can you buy a ticket for Friday’s drawing” according to Neubauer. The Mega Millions drawing is held at 10 p.m. central time, so in Iowa you can buy a ticket up until 8:59 p.m.

The $508 million estimated jackpot started growing in March. “This jackpot has been rolling for 34 drawings without being won — that’s the longest jackpot run in the history of this game,” Neubauer says.

The jackpot is based on picking the right numbers for you ticket. Neubauer says there are some other numbers involved that make this jackpot interesting. “The Mega Millions jackpot has only been won twice so far this year, and both of those times it was on calendar dates of eight. On January 8th with a ticket purchased in New York, and on March 8th with a ticket purchased in the state of Washington. Well, the next drawing is on July 8th, so we’ill see if lightening strikes on Friday,” she says.

It is the biggest Meg Millions jackpot since 2013, when it rose to $648 million.