Agents with the Iowa Division of Criminal Investigation arrested and charged three men with several felony charges for allegedly rigging a roulette table at the Horseshoe Casino in Council Bluffs.

DCI Special Agent in Charge David Dales,  says the men were caught by casino surveillance. “The allegations are they were past posting — adding chips to the winning numbers — doing other activities that gave them illegal winnings at a table game,” according to Dales.

The DCI says 28-year-old Jonathan Rumery, a pit boss and supervisor on the gaming floor from Omaha, worked with a dealer and another man to move chips to winning numbers, which allowed the man to win more than $20,000.

The DCI says Rumery split the money with the dealer, 24-year-old Jonathan Waugh, and the other man, 28-year-old Cody Schroeder, who are both from Omaha.

The investigation began in March of this year and the men were watched for several weeks. Dales says the investigation is still active and they have enough probable cause to charge the three men, but he can’t comment further now on whether anyone else was involved. 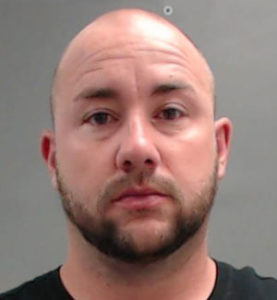 Dales is part of Special Enforcement Operations Bureau of the DCI which has agents at each casino to help protect against such things. He says its not common to find employees trying to cheat.

“I would say this is fairly unusual. We do see activities at these casinos, cheating behavior and those types of things. But to have this type of a coordinated conspiracy, and to have especially a supervisor involved in it, that would be pretty unusual,” Dales says. “I’d say I haven’t seen it before in my time.”