You are here: Home / Business / New tax break estimated to save manufacturers $29 million a year 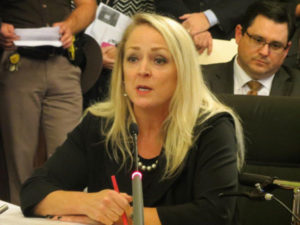 The Iowa Department of Revenue is fast-tracking the rules to implement a business tax break lawmakers approved this spring.

Last fall, Governor Terry  Branstad directed the agency to erase the state sales tax on items that are used in the manufacturing process, but in March lawmakers stepped in, dumped the department’s plan and approved a similar, but slightly smaller tax break.

“The department’s original rule was more broad than the law that passed,” says Victoria Daniels, the public information officer for the Iowa Department of Revenue.

This new tax policy went into effect July 1st. It means the state sales tax is no longer charged on “consumable supplies” like oils and lubricants that are “directly” used to manufacture something in an Iowa factory.

State officials estimate that in the coming year Iowa businesses will save about $29 million that will no longer be spent paying sales taxes on those supplies. The governor’s broader proposal would have saved businesses up to $10 million more by erasing the state sales tax on other factory supplies that do not make contact with the product being manufactured.