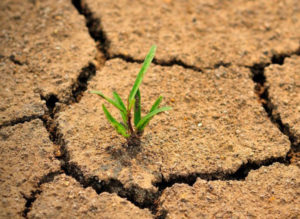 You can thank reserves built up at the end of last year for keeping Iowa in good shape water wise following a dry June.

The areas impacted by drought have increased in the most recent report, but Tim Hall with the Iowa Department of Natural Resources says it could be a lot worse.

“If you ignored the fall of 2015, we would be in a bit of jam right now. It’s been somewhat dry — especially in parts of the state — but I think we’re still benefiting from the really wet November and December we had, given the rainfall that’s fallen in this first half of the year,” Hall says. The Iowa average streamflow index dropped below the normal line on July 4th.

Hall says the level is tracked on a daily basis and it has been above normal since May of 2015. “That speaks more to how wet it has been recently than how dry it is now,” Hall says. “So that index has just now gotten down to the normal line…so it mostly tells us how wet it has been for quite awhile.” Parts of the state have moved into moderate drought conditions, but Hall is not worried.

“We’re a long ways away from being overly concerned,” he says, “it’s a pretty short-term deal, because if you look a the long-term climate prediction information — there’s not long term drought predicted for that part of the state out through the end of September,” Hall explains. “So, even the climate folks are looking at this as a short-term impact.”

Some areas of the state have struggled with low water levels in the last few years appear to be doing okay now. “Part of the state where we’ve been consistently concerned has been in the northwest corner of the state. And they have actually done pretty well precipitation wise this year,” Hall says. “So, if there was any part of the state where we would want to be particularly concerned it would be up there. But they’ve been running in the first half of the year much about normal for rainfall. So, they are in pretty good shape.”

Hall says swings in weather pattern can always make a difference in the water situation. “You’re always on that sort of razor’s edge between too wet and too dry. For quite awhile in the state we’ve been really running right down the middle where we want to be. And really, that’s where we are right now,” according to Hall.

You can find out more about Iowa’s water trends at: www.iowadnr.gov/watersummaryupdate.