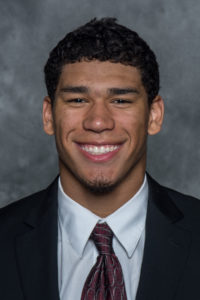 Iowa State receiver Allen Lazard has been named to the Watch List for the Biletnikoff Award, given to the nation’s most outstanding receiver.

The junior from Urbandale was a second team All-Big 12 selection in 2015 after hauling in 56 passes for 808 yards and six touchdowns. He finished fifth in the league in receptions and has equalled a school record with receptions in 23 consecutive games.

Lazard and sophomore running back Mike Warren were named to the Preseason All-Big 12 First Team, announced by the conference office.