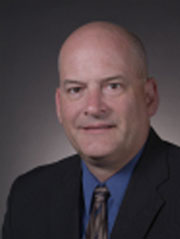 Iowa State University confirms a man who died in a boating accident over the weekend in Michigan worked at the school.

ISU says 56-year-old business professor Brian Mennecke was the person found by a dive team at Haggerman Lake in Michigan. Local reports say a search began after a boat with no one on board crashed into the dock on Saturday.

The dive team found Mennecke’s body Wednesday evening and it is believed he fell out of the boat while fishing.

ISU issued a statement saying Menecke had been with the college since 1999 and his research focused on technology issues, including the influence of social and digital media on consumer decisions.

David Spalding, the Dean of the College of Business issued this statement:
“We are deeply saddened at the College of Business to lose a colleague and friend. Brian was a professor of information systems and had been with the college since 1999. He will be greatly missed by those who worked with him, and by students who learned so much from him. Our thoughts and prayers are with Brian’s wife, Joyce; their two children and their extended families.”