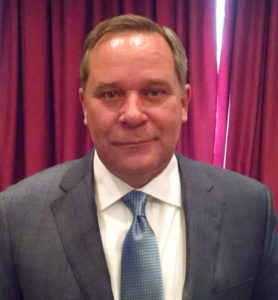 The Iowa Racing and Gaming Commission approved one of two requests for hardship payments Thursday for those impacted by the downsizing of the greyhound racing industry in the state.

The commission approved $30,000 for Richard Barrett, who says he couldn’t find a job making what he lost working video equipment at the Council Bluffs greyhound track. They voted against any payment to Davyana Haverty, who said she lost her job at her parent’s kennel in Council Bluffs and the money she had counted on to pay for college.

Commissioner Jeff Lamberti says they examine each case individually. “We have to look at what was in the legislation — which wasn’t a lot with respect to hardship quite frankly — then we came up with rules,” Lamberti says. “And what we were really looking at was like the first case where somebody lost their job, had no other opportunities, skills that weren’t easily transferable to another industry. And I think that’s why we approved that hardship claim, it was directly related to it.”

Lamberti says there appeared to be less of hardship in Haverty’s case. “When I personally looked at the other situation I think there was opportunity to go out and find another job from the time it closed. She’s young, she can go get a job just like any other kid would,” according to Lamberti. “And while it is admirable to want to go to college debt free — I am not sure that’s the job of the commission or the intent of that hardship fund.”

The casinos that operated the greyhound tracks in Council Bluffs and Dubuque are paying into a fund to handle the hardship cases, with the maximum payment of $100,000. “I think as we’ve gone through these…we tried to send the message that we are going to set a pretty high threshold in terms of that hardship. We’ve had people who initially filed and then withdrew as they had a job opportunity and chose not to take it. Well, that’s not a hardship,” Lamberti says.

He says Barrett’s case was a good example of how someone was directly impacted by the closing of the track. “He got a job, but it was substantially lower (pay) than what he had done and it wasn’t in his field. And so he had a real hardship. We set the bar high because we probably couldn’t logistically handle 500 claims,” Lamberti says. He says each person making a claim has to fill out the proper supporting paperwork. Lamberti says the field staff goes out and investigates each of the claims and writes up a full report for the commissioners to review.

Claims had to be filed by June 30th to qualify for any payment. There were 20 claims submitted with the commissioners approving 4 — including Barrett’s claim — 5 claims have been denied, 2 were withdrawn, and the rest are pending. The commission has approved a $100,000 payment, a 50,000 payment, and two $30,0000 payments.

The agreement reached by legislators and approved by the governor closed the Council Bluffs Greyhound track and shifted the management of the Dubuque dog track away from the casino there to the Greyhound Racing Association.