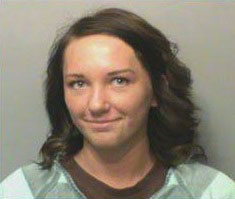 A central Iowa woman has been sentenced for texting while driving in what could be a first-of-its-kind case in the state.

A judge on Thursday ordered 20-year-old Lydia George of Runnells to complete a driver’s improvement course and 140 hours of community service. She was also placed on probation for two years. The case stems from a crash in October 2015 in rural Polk County.

Passengers in George’s car reported they asked her to stop texting, but she continued to do so while behind the wheel, eventually crashed and one of her passengers was seriously injured. George pleaded guilty to a charge of serious injury by vehicle.

Polk County Attorney John Sarcone says he believes this to be the first case of its kind prosecuted in Iowa.