You are here: Home / Military / Harkin criticizes Trump on Vietnam service, but not Bill Clinton 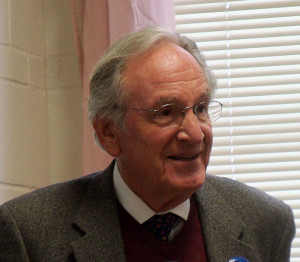 Harkin says it was one year ago in Iowa that Trump made comments about Senator John McCain not being a war hero because McCain was captured.

Harkin claims Trump doesn’t understand the difficult missions McCain flew in Vietnam and says Trump avoided military service. “He’s a draft dodger. There’s no doubt in my mind he’s a draft dodger — he had something like a bad knee or something like that that supposedly kept him out of the military. But he could have volunteered, ” Harkin says.

Harkin, who is a veteran,  was asked if he also thought that former Democrat President Bill Clinton is a draft dodger, as Clinton took a similar route as Trump in avoiding military service in Vietnam.

“I’m not certain exactly how those two compare, ” Harkin responded, “I do believe that a lot of people at that time found ways and means to keep from serving in the military. I don’t know all of Clinton’s deal, but at least Clinton did not make fun of or disparage those who serve in the military like Donald Trump does.”

Harkin was also asked about why McCain has said he will vote for Trump, despite his comments. “John McCain is one of these persons — and I know him very well — who is loyal, even if people aren’t loyal to him, he’ll be loyal,” Harkin says. “He’s loyal to his country, he’s loyal to his party.”

Trump’s comments on McCain came on July 20th of last year during a forum in Ames.