You are here: Home / News / ‘Lion is about to be unleashed,’ Trump’s Iowa state director says 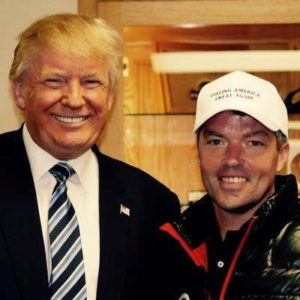 The news broke in Iowa weeks ago and Branstad today said he is assembling a “strong…statewide” team for Iowa.

“The lion is about to be unleashed,” Branstad told a small group of Iowa reporters.

Branstad did not share details on the number of campaign staff he plans to hire or who may already be on the payroll. He expects both Trump and his running mate, Indiana Governor Mike Pence, to campaign “soon” in Iowa.

“We’ve put together a winning plan,” Branstad said. “We’re going to make sure to implement that plan and it’s going to work come November 8.”

Branstad’s career has been in public relations and he worked on George W. Bush’s 2004 reelection campaign in Iowa. Branstad joined the campaign in mid-June and Branstad said he’s been amazed by how quickly things have “ramped up.”

“I get calls every day all day: “I want to be a precinct leader.’ ‘I want to door knock.’ ‘What can I do?’ ‘How can I help?’ Branstad said. “And it’s the first time I am not calling them. They’re calling me and the outpouring since we’ve been going is every day, all day.”

Branstad is in Cleveland this week for the Republican National Convention. His father is a convention delegate.