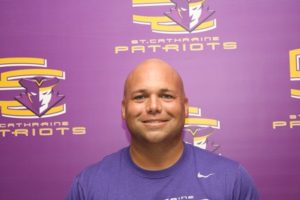 Despite a lack of recent success Paul Patton sees a lot of potential in the women’s soccer program at Iowa Wesleyan. Patton takes the helm after serving as head coach of St. Catharine College in Kentucky and inherits a program that has not posted a victory since 2013.

“The campus is beautiful and the school has a good academic reputation”, said Patton. “I think it is a good location and centralized in a good recruiting area and there is an opportunity to be competitive in our conference.”

Patton says his first goal is to provide stability. He will be the fourth different coach for the Tigers in four years and says while recruiting talented players is a goal it is also important to find players who are the right fit and will stay in the program.

“If you bring in student-athletes with great character they will set a tone and a culture for the program.”