You are here: Home / News / Pulitzer Prize winning writer at the University of Iowa dies 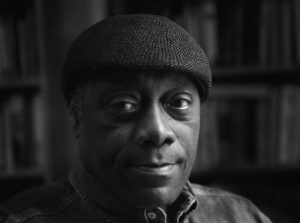 One of the literary luminaries in the University of Iowa’s Writer’s Workshop has died.

Pulitzer Prize-winning fiction writer James McPherson died on Wednesday from complications of pneumonia. The director of the U-I’s International Writing Program, Christopher Merrill, calls McPherson one of the most gifted writers of the last half-century.

“And then he was an amazing teacher. Someone who gave everything to his students,” Merrill said. Originally from Savannah, Georgia, McPherson was awarded the Pulitzer Prize for Fiction for his short story collection, Elbow Room, in 1978. He was a faculty member at the U-I Writers’ Workshop from 1981 to 2014. Merrill said McPherson was “incredibly” soft-spoken.

“But, you always wanted to lean in to hear what he was talking about because you knew it was important,” Merrill said. “He was filled with life lessons which he delivered casually, often humorously, and always pertinently.” James McPherson was 72.

(Thanks to Dean Borg, Iowa Public Radio/Photo courtesy of the U-I Writer’s Workshop)