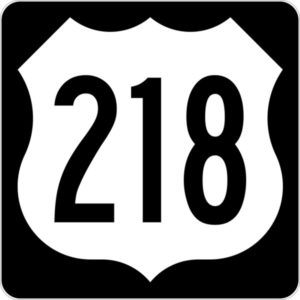 Thousands of people have signed an online petition in hopes of improving an intersection in northeast Iowa that’s considered one of the more dangerous areas for motorists in the state.

State Representative Todd Prichard of Charles City is helping spearhead the effort to redesign the intersection at Floyd on Highway 218.

“We’re trying to rally the community and show the DOT that there’s a lot of support…there are some concerns that need to be addressed at that interchange,” Prichard said. Around 125 people attended a meeting this week about the interchange, where a motorcyclist was killed in a crash last week. Many residents in the area say the intersection is confusing and busy, and

Prichard notes it could get worse as a new truck stop is being built in the area. “We think that things are going to get more busy out there and potentially more dangerous,” Prichard said. Any major changes, however, will require a lot of planning, time, and finances. Prichard believes there are some relatively low-cost changes that could be made soon.

“Maybe we can look at things like better signs and signals out there. Maybe we can reduce the speed limit,” Prichard said. An online petition calling for changes to the intersection has generated around 3,000 signatures. “I think that will get the DOT’s attention — that this is a concern for people in this area,” Prichard said.