You are here: Home / Sports / Beathard wants to finish with bowl win 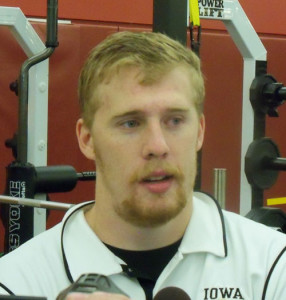 Iowa quarterback C.J. Beathard says he wants to close his Iowa career with a bowl victory. Beathard and his Hawkeye teammates have been asked about last year’s 12-0 regular season record as they get ready for this season but the senior is quick to point out that the Hawks actually finished 12-2 and left some business unfinished.

A good run game is a quarterback’s best friend and Beathard feels like the Hawkeyes will have a strong one.

“LeShun Daniels and Akrum Wadley are two guys that got a lot of carries last year and played in a lot of big games for us”, said Beathard. “It takes a lot of pressure off of my back and makes the play action game a lot more effective.”

Iowa opens the season September third against Miami of Ohio.