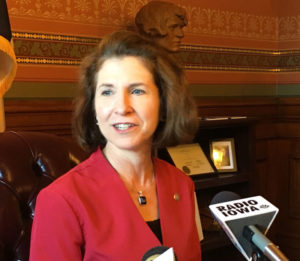 A special investigation of the Fremont County Sanitary Landfill Commission found the improper use of thousands of dollars of the organization’s funds.

State Auditor Mary Mosiman says her office found irregularities in the spending of former landfill manager Dusty VanRenan. She says they found a little more than $39,000 dollars of money that was not properly spent — including around $7,900 that was from the improper use of the commission’s fuel card, and there were some improper disbursements to VanRenan.

Mosiman says VanRenan was the manager from March of 2014 through September 30th, 2015, and during that time he also failed to do some of the required paperwork for a loan with the DNR, and that cost the organization money.

“Since the commission failed to meet various milestones and reporting requirements — they have to repay the forgivable loan — which I believe was $20,000,” Mosiman explains. “And then a little over $2,600s was unsupported disbursements and we didn’t have enough documentation to be able to tell if they purchases for the operation of the landfill, or if they were personal in nature.”

The commission is made up of representatives from the county and the cities of Farragut, Hamburg, Imogene, Randolph, Riverton, Sidney, Tabor, and Thurman. Mosiman says commissioners raised concern after noticing the amount of gas being bought went up after VanRenan took over. She says they did an analysis of the time before during and after VanRenan took over and found the amount of money spent on gas went up significantly. The increase came at a time when gas prices were dropping.

Other issues found in the audit included undeposited fees for dumping at the landfill, and the organization paid sales tax on items purchased when that was not required. Mosiman reported some of the payments for sale of recycled pallets were deposited to the former manager’s personal bank account rather than the commission’s bank account.

Mosiman made several recommendations to the commission for improving their oversight of the organization’s finances. She also forwarded the report to the Fremont County Sheriff’s Office, the Division of Criminal Investigation, the Fremont County Attorney’s Office, and the Attorney General’s Office.