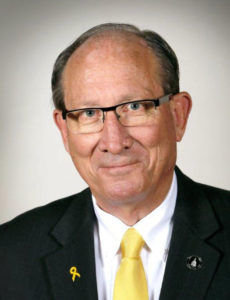 A state senator from northwest Iowa suggests when legislators return to Des Moines in January, they’ll have a limited amount of time to act on water quality legislation.

“I don’t know how he can honestly look anybody in the eye and say that’s going to make the nutrient reduction strategy work,” Johnson says. “I mean, we’re under the gun. We’ve got to get more conservation practices on the ground. Farmers and landowners want to.”

“We’ve got to make a decision whether we’re going to move ahead on our own or perhaps even in a compact with other states in the upper Midwest,” Johnson says, “or the EPA’s going to be marching in.”

Governor Branstad has suggested extending a one percent sales tax for schools that is to end in 2029. He’d dedicate three-eights of that tax to water quality projects and the rest would continue to go to schools. Johnson says that’s too late and it’s time to raise the sales tax in 2017 by three-eights of a cent and use the proceeds for initiatives that improve water quality and soil conservation.

Johnson recently changed his voter registration from Republican to “no party” as a sign of his objections to Donald Trump.