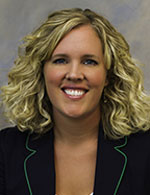 When parents separate and fathers move out, children often experience longterm negative effects. But what happens when mom and dad get back together?

A new Iowa State University study finds parents reconciling benefits a daughter’s mental health. I.S.U. human development researcher Cassandra Dorius is part of a team that studied a national sample of 3,700 children. The group looked at the implications of “boomerang” dads — fathers who separate and then reunite with their child’s mother.

Dorius says while sons don’t seem to benefit from the reconciliation, daughters do. “Girls are much more likely to be depressed. And so they might be more responsive to this because one of the reasons they’re more depressed is because they tend to internalize a lot of the emotions from the relationships that they’re in,” Dorius said.

A boomerang dad’s additional time and financial resources may also play a role. Dorius believes dads who reconcile with their child’s mother tend to be more invested in their children. “And they’re actually kind of blocking other men from coming into the home, which may also be associated with some negative things. And I think that the fact the dad is present, investing more money…and then also there is not another father figure in the home, we are hypothesizing that those are some of the reasons these children are able to maintain higher levels of mental health,” Dorius said.

The national study is published in the Journal of Marriage and Family.