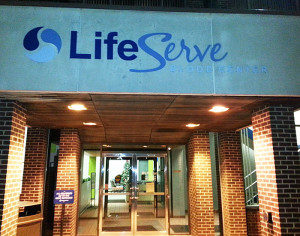 Due to the latest Zika virus outbreak, Iowans who want to donate blood are being asked to wait a month if they’ve recently traveled to south Florida.

That risk area is being broadened, according to Claire DeRoin at LifeServe Blood Center in Sioux City. “LifeServe is asking that blood donors who have traveled to Broward or Miami-Dade counties in Florida, we ask that they refrain from giving blood for 28 days from the departure date from those affected areas in Florida,” DeRoin says. “The safety of the community blood supply is our top priority.”

LifeServe supplies blood to 120 hospitals in Iowa, Nebraska and South Dakota. “We have 100% confidence that the blood supply is safe and will remain safe,” DeRoin says. “That’s the reason we’re putting these precautions and these deferrals in place, just to make sure there is no risk to anyone receiving blood.” At least 15 Zika cases were confirmed in south Florida in the past several days.

Kirby Winn, spokesman for the Davenport-based Mississippi Valley Regional Blood Center, says this is the first time a location in the U.S. has been added to the Zika deferral list.

Winn says, “Even though the reports on the Zika transmission within that region seem to be really isolated to even certain neighborhoods with Miami-Dade County, we’ve broadened that out to the county itself.” He emphasizes the deferral does not include other parts of Florida, like Orlando, Tampa or Jacksonville. Before the outbreak in south Florida, Winn says it was estimated about 2 percent of potential donors would have traveled to the previous Zika locations.

Winn says, “It’s not major numbers by any means, but we collect anywhere from 500 to 800 donations every day and even 2% is two out of every hundred and it obviously adds up over the week or over the month.” The Mississippi Valley Regional Blood Center serves 88 hospitals in parts of four states — Iowa, Wisconsin, Illinois and Missouri.

(Thanks to Herb Trix, WVIK, Rock Island for contributing to this report)