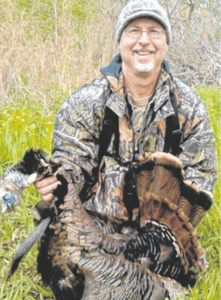 Police say the driver of a car that struck and killed a motorcyclist in Cedar Rapids was drunk.

The crash happened late Friday night near the Eastern Iowa Airport. Cedar Rapids Police spokesman Greg Buelow says 59-year-old Gregory Erenberger of Walford was on a motorcycle, stopped at a traffic light, when he was struck from behind by a car driven by 25-year-old Taylor Latare of Cedar Rapids.

“Police, fire, and ambulance personnel attempted rescue operations…but, unfortunately, the victim was declared deceased at the scene,” Buelow said. Latare, who was driving a 1995 Oldsmobile Cutlass, called 911 after he hit the motorcycle.

“Officers conducted an investigation and did a reconstruction of the scene. At this point, Latare has been charged with operating while intoxicated, transported to the Linn County Jail, and additional charges are likely,” Buelow said.

Erenberger was wearing a helmet, but was thrown from the motorcycle when it was hit by the car. According to an obituary, Erenberger was the founder and CEO of the investment firm Edge Asset Management.

He married his wife, Debbie, in 1979 and they had two daughters, Kylee Kozisek of Las Vegas, Nevada and Kelsey (Austin) Ressler of Ely, Iowa. Erenberger graduated from Cedar Rapids Prairie High School in 1974 and Upper Iowa University – where he was a wrestler – in 1978. He was an avid hunter, fisher, and golfer.