You are here: Home / News / New ‘anti-Trump’ indie candidate has 10 days to qualify for Iowa ballot 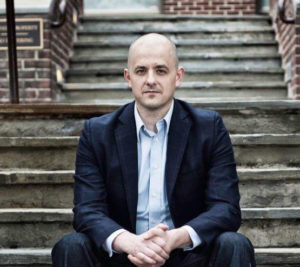 An “anti-Trump” Republican plans to run for president as an independent — and he has until Friday, August 19 by 5 p.m. to collect enough qualifying petition signatures to get his name printed on Iowa’s General Election ballots.

Forty-year-old Evan McMullin is a former C.I.A. counter-terrorism operative. He’s left his job as the chief policy director for Republicans in the U.S. House and is running as an independent candidate for president. He’s already missed the filing deadline in two dozen states.

To get his name on Iowa’s 2016 General Election ballot, McMullin and his supporters must do this: They have to circulate nominating petitions and get the signatures of at least 1500 Iowa registered voters — and Iowans from at least 10 counties must be represented on those petitions.

In 2004, Ralph Nader’s supporters had to collect petition signatures to get his name printed on the Iowa ballot. A John Kerry supporter challenged some of the signatures, but a three-member panel approved the petitions and Nader was listed as an independent candidate that year in Iowa.

In 1992, Ross Perot’s supporters completed a similar petition process and Perot was listed as the Reform Party candidate on Iowa ballots. In 1980, former Republican Congressman John Anderson of Illinois ran for president as an independent in every state.