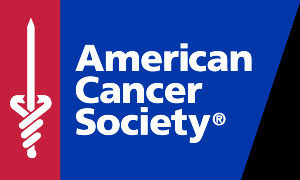 A report from the advocacy arm of the American Cancer Society finds Iowa is making strides in efforts to reduce cancer incidence and death, but still has plenty of work to do.

The government relations director for the agency’s Cancer Action Network, David Holmquist, says of the ten main criteria, Iowa got an excellent “green” rating in four areas, “yellow” in two, and a failing “red” grade in the remaining four.

“They have a very strong smoke-free law,” Holmquist says. “They have better provisions for those patients at end of life who need access to critical pain-relieving drugs. They also did expand Medicaid three or four years ago, that’s a huge improvement.”

One of Iowa’s yellow areas — where the report suggests progress is needed — is in the category of tobacco excise taxes. Iowa’s cigarette tax is $1.36 per pack, which is far above Missouri’s tax of only 17-cents, but is far below states like New York, where the tax per pack is over $4. Holmquist says Iowa ranked poorly in several key categories of the report.

“They need to improve their funding for tobacco control and prevention,” Holmquist says. “They need more state funds for the breast and cervical cancer (screening) program. They need some improvements in their palliative care provisions, so, provision of care that begins at the beginning of the diagnosis and goes through the continuum of life.” Another “red” ranking for Iowa comes with the lack of regulation on tanning beds, especially the lack of restrictions for teens using them.

“We have huge concerns about tanning beds and young people particularly,” Holmquist says. “We believe that no one under 18 should use a tanning bed.” He says exposure to ultraviolet radiation, through sunlight and indoor tanning devices, is one of the most avoidable risk factors for skin cancer.

In Iowa this year, an estimated 17,100 people will be diagnosed with cancer and 6,470 will die from it. With the knowledge we have today, Holmquist says we could prevent roughly half of cancer deaths in the United States. This is the 14th year for the study. See the full “How Do You Measure Up?” report here.