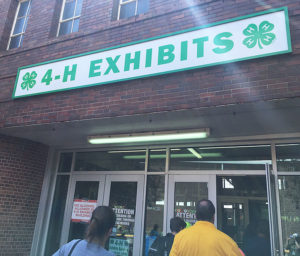 There’s an increase in Iowa State Fair participation from kids who belong to 4-H and Future Farmers of America. Governor Terry Branstad has a theory for why that’s happening.

“The interest in agriculture is growing,” Branstad says. “But I think the school start date is an asset that’s helped a great deal.”

Under the state law that took effect last year, August 23rd is the earliest date schools can start in Iowa.

Mitchell Hoyer is the superintendent of the 4-H building on the State Fairgrounds, where there are 3900 exhibits on display. Hoyer says the later school start date has made it easier for more 4-Hers to give educational presentations and volunteer at the fair.

“There’s no question that we have greater availability at the end of the fair than what we did,” Hoyer says. “We are not struggling quite so hard to get all of our youth volunteer spots filled.” 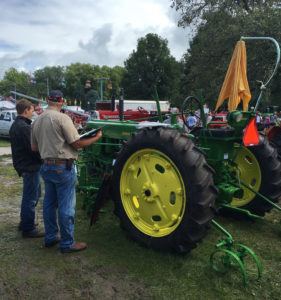 More than 24,000 Iowa kids from rural and urban Iowa are members of 4-H clubs throughout the state.

More than 2,300 FFA members have exhibits at the State Fair this year. Scott Johnson, the executive secretary of FFA for Iowa, doesn’t think the later school start date has had “a lot of impact” on participation.

Alan Spencer is the ag teacher in Red Oak, but he previously served as executive secretary for Iowa’s F-F-A chapters from 2003 through 2011. He says FFA membership is growing nationwide.

The number of FFA Chapters is increasing in Iowa, too, despite school consolidation in rural areas.