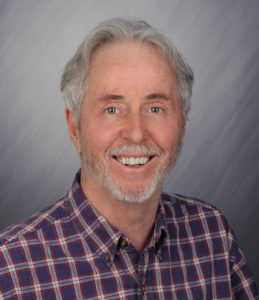 Representatives of the University of Northern Iowa faculty union and the UNI administration announced what they call a major agreement today to rectify what they see as faculty salary inequities.

United Faculty President Joe Gorton says the two-year study found 51 faculty members in the union’s bargaining unit that were underpaid based on factors such as years of service, years at rank, discipline, gender, and service as department head.

“Seventy-percent were women. And then among the 15 men, there were four who were minorities,” Gorton says.”So one way to look at this, 78 percent, almost 80 percent of the people whose salaries were not equitable were members of a protected class — in other words women and minorities.”

Gorton says they did an extensive analysis of various data to identify the faculty members they feel were underpaid. “And that’s why the analysis took a long time and was very thorough. And part of what we did is we used guidelines and recommendations from the AAUP (American Association of University Professors) as to how this type of analysis should be carried out. And the lead analyst on this project — professor Carissa Froyum — has a special expertise in the area of social inequalities and disparities. So, we used the best methods and we had the best people to unravel that complexity.”

Gorton says they believe the disparity started during negotiations. “A person comes in and interviews for the position, they are hired and they negotiate a starting salary with the department head and the dean. And for whatever reason these individual’s starting salaries were significantly lower than they probably should have been,” Gorton explains. “And what happens is that inequity becomes greater as time goes on because salary raises are a percentage of your base salary.”

He was asked if it isn’t normal that some people may have better negotiating skills than others. “What we believe might happen is people who come in as protected classes either might perceive themselves to be in as strong a bargaining position as a white male — or white males might perceive themselves to be in a much stronger position,” Gorton says.

Gorton says the administration will be aware of that as they conduct negotiations in the future.”Now we don’t know, this is speculation on our part. So, by having the executive administration pay closer attention to those decisions — especially in light of this analysis — we hope to take any kind of disparate impact out of those decisions,” he says.

The agreement will result in an increase of $155,000 in salaries to the 51 faculty members, and an additional $13,428 dollars was recommended for distribution across the annual salaries of four faculty department heads. Gorton says they now this recommendation is coming at time when budgets are tight, but says the agreement is justified with the possibility of a lawsuit as the alternative.

“I think this is important for people to know. This amount of money is significantly less than what taxpayers, the Board of Regents, the university would have paid if we had to take this into a legal setting,” Gorton says. He says another big part of the story is the collaboration between the faculty and the administration.

“Now we’ve been collaborating and working well together since I’ve been president for three years. But it’s really unprecedented for something this important, this intense, for that collaboration to be sustained,” Gorton says.

Interim UNI President Jim Wohlpart released a statement saying “outside of contract negotiations, this is the most important labor-management agreement in the history of UNI.”

The changes in the salaries will be retroactive to the beginning of the new fiscal year on July 1st.

Photo courtesy of the UNI