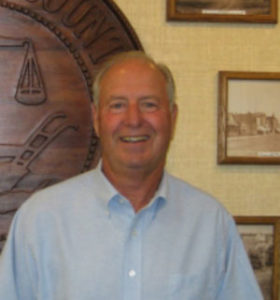 Wright County leaders will hold the second of three readings today on an urban renewal plan for a proposed $240 million pork processing plant.

The plan would develop the site near Eagle Grove. David Young, of rural Stanhope, is a supervisor in neighboring Hamilton County.

Young has been attending the Wright County meetings and says he fully supports the pork plant. “We need jobs in Hamilton County,” Young says. “There’s been a lot of discussion about whether this is the right job or the wrong job or the right paying job. Over time, before I became a supervisor, I was involved when our church had to close in Jewell because a lack of people and a lack of students.”

Young says the “elephant in the room” is the fact some residents are concerned about the new Prestage Foods plant bringing in a massive influx of immigrants. 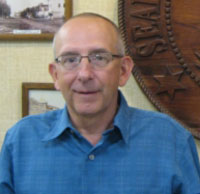 “We haven’t had that many Swedes, Norwegians or Germans moving into Hamilton County in the last recent time,” Young says. “What we have had is Laotian, Hispanic and Bosnian people come in to do jobs. That’s the new face of America, others coming here to get jobs and work.”

Doug Bailey of Webster City is the chairman of the Hamilton County board of supervisors. Bailey says he’s hoping the proposed plant will bring other new businesses to the region and new opportunities for area livestock producers. “The hogs are here and they’re going to be here, they need to be here,” Bailey says. “From a business standpoint, it makes sense that they are here. It raises the potential for increased value of all the local family farmers who raise hogs in the area. It gives them another outlet, it gives them a good outlet.”

The final vote for the urban renewal project and development agreement will be next Monday, August 22nd. Prestage officials say the new plant would create nearly1,000 jobs. Once approved, the plant is scheduled to open in March of 2019.