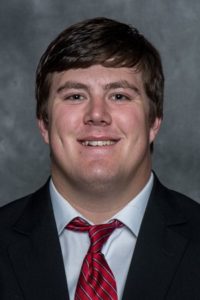 Iowa State’s inexperienced offensive line has lost its most experienced member. Cyclone coach Matt Campbell released a statement saying junior right tackle Jake Campos suffered a lower leg injury in practice on Sunday and there is no timeline on his return.

The native of West Des Moines has made 23 starts in his college career while the rest of the offensive linemen have made a combined one start for ISU. It has been an area of concern for Campbell.

“We have added some pieces that has helped this group be better football players”, said Campbell. “But, until we go out and play with the lights on and they are in situations where they have to perform and perform with great consistency that is going to continue to be a concern of mine.”

The Cyclones open the season September 3 by hosting Northern Iowa.