You are here: Home / Crime / Courts / Search on for man who escaped Warren County Jail 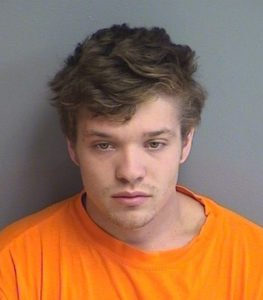 Police across the country are now on the lookout for an inmate who escaped from a south-central Iowa jail.

A nationwide warrant has been issued for 23-year-old Scott Grimes, who ran away from the Warren County Jail Sunday night. He was being held on several charges, including assault on a peace officer. It’s believed Grimes stole a car in Indianola and was with his girlfriend, Kayla Schultz, who is wanted in Missouri for vehicle theft.

The car taken in Warren County was found in Bethany, Missouri — where another vehicle was reported stolen. That’s a blue, 2002 Ford Taurus with a Missouri license plate HK7Y8D.

Grimes is white, 5 feet 6 inches tall, 155 pounds, with brown hair and green eyes. Anyone with information on his whereabouts is asked to call the Warren County Sheriff’s office at 515-961-1122.