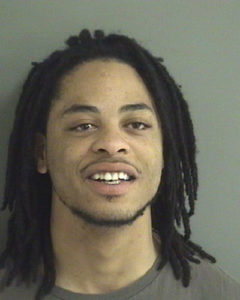 A Fort Dodge man wanted in a shooting in Ames was arrested in Chicago Monday.

Ames police identified 23-year-old Kevin Darnell Williams as the suspect in the shooting of 29-year-old Leonard Boyd the third on August 9th. Boyd was taken to the hospital in stable condition after being shot multiple times.

Ames Police issued a warrant for his arrest on charges of attempted murder, first-degree robbery and being a felon in possession of a firearm.

The investigation by police and the Southern Iowa Fugitive task force led them to Chicago where they worked with the Great Lakes Regional Fugitive Task Force to arrest Williams there Sunday. Williams was booked into the Cook County Jail to await extradition proceedings back to Iowa.