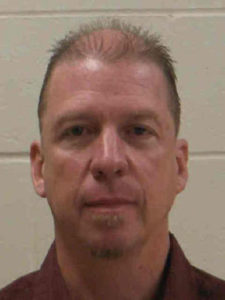 A Pastor at a Spencer Church has been charged with three felony counts, and two misdemeanor counts of sexual exploitation by a counselor.

DCI Special Agent In Charge Darrell Simmons, says 51-year-old Kevin Grimes was the Pastor of the Day Springs Church and the CEO of the Spencer Dream Center in Spencer.

He says they received a complaint from a family whose son was seeking counseling from Grimes. Simmons says the charges were not based on that complaint, but were from the investigation of others.

“He was having inappropriate conversations as a counselor with these young people,” Simmons says. Grimes allegedly had text conversations of a sexual nature and also shared nude photographs of himself with people he was counseling. Investigators also learned that Mr. Grimes had also had a sexual relationship with people he counseled. Simmons says there won’t be any more charges.

He says the investigation is complete. Kevin Grimes turned himself in late Wednesday afternoon and posted a $5,000 bond. Grimes is due back in court on August 31st.

Photo courtesy of the DCI