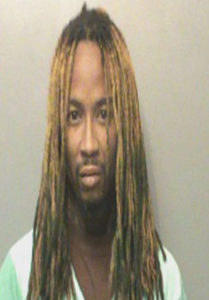 Police were called to the southeast side about a man with a gun on Sunday afternoon. Officers found the man in a car and tried to get him to comply but he hit the gas and sped away, toward one of the officers.

The other officer fired several times at the car. A short chase ended when the pursuing squad car used the PIT maneuver.

The man tried to run away but was quickly caught. He’s identified as 28-year-old Darrius Bolden of Des Moines. He’s facing charges including: felon in possession of a firearm, eluding, and interference with official acts.

No one was hurt in the incident.