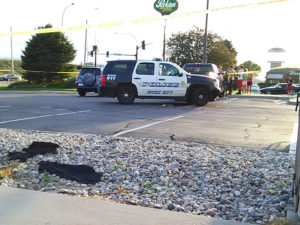 A man is dead and a woman is hospitalized after a shooting Sunday night near downtown Sioux City.

Sergeant Brian Clausen of the Sioux City Police Department says officers were dispatched to the parking lot at Chili’s restaurant near Nebraska Street and Gordon Drive around 6 P.M.

The two people were found in a Toyota SUV parked in the restaurant lot. Police say the woman was conscious and her gunshot wound was not life-threatening. She was taken to Mercy Medical Center for treatment. 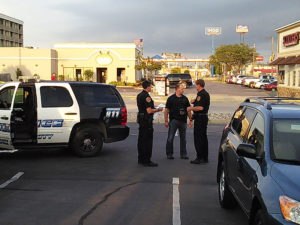 Investigators are trying to determine what happened in a fatal shooting in Sioux City.

The male victim was dead at the scene. Police are not saying if the two people were related or knew each other.