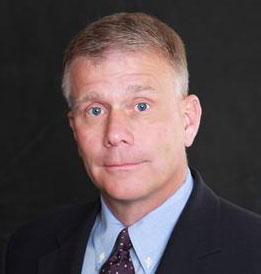 The third and fourth forums on hates crimes hosted by the U.S. Attorney for the Northern District of Iowa are set for tonight in Fort Dodge and tomorrow in Sioux City.

“The forums are aimed at reaching out to the community so we can discuss in a safe environment, what a hate crime is, how it is identified, how it is investigated, and than what would lead to a prosecution,” Techau says. The FBI, the Department of Justice’s Community Relations Service, Webster County Attorney and Sheriff’s Offices, Fort Dodge Police Department, and the Fort Dodge Human Rights Commission are all participating in tonight’s forum.

“The forums are set up to be very interactive,” Techau explains, “they take a hypothetical case that kind of brings out some of the elements of the hate crime. And it fostered a great discussion in the forums we did in Waterloo and Dubuque earlier this summer.” He says the definition of a hate crime is one of the biggest questions they get.

“Hate crimes are really aimed at the entire community. They hit the victim, but they’re intended to spread fear throughout the entire community. People need to understand that if they’ve been impacted, the crime will be treated very seriously, and we are dedicated to working with the community on the prevention, investigation and prosecution if necessary,” Techau says. He says the forum Wednesday in Sioux City will include many of the same law enforcement officials.

He says his office works best when they are working together with law enforcement agencies and reaching out to the community. “The purpose is issue awareness and strengthening the relationships between the agencies,” Techau says.

Tonight’s event is at the Iowa Central Community College, Bio-Health Science Building Auditorium in Fort Dodge. It runs from 6:00 p.m. until 8:00 p.m. The Wednesday forum also runs from 6 p.m. until 8 p.m. and is at the Sioux City Public Museum.