You are here: Home / Sports / Healthy Bulldogs hope to bounce back 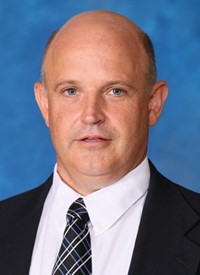 Drake is looking to stay healthy and regain its winning ways as the Bulldogs get set for Saturday night’s opener at home against Quincy. The Bulldogs suffered a rash of injuries in the offensive line last season and limped home to a 5-6 record. It was the program’s first losing season since 2002.

“The very first play of the season we lost Aaron Melton to a broken leg and Aaron is a dominant blocker”, said third-year Bulldog coach Rick Fox. “By halfway through our third game we had already lost three starters on the offensive line for the season.”

Melton returns for a fifth year and leads and offensive line that Creighton says is talented but lacks depth. Fifth year senior Cody Thibault takes over at quarterback after winning a crowded race for the job.

“Cody is just such an experienced quarterback in our system and he can also do things with the ball in addition to throwing it. He is probably the best runner we have had in that position since my first year here back in 2008.”

Drake was picked to finish third in the pre season Pioneer Football League poll but to be a factor must find a way to win on the road. The Bulldogs were 0-6 away from Drake Stadium last season.