You are here: Home / Health / Medicine / Iowa obesity rate on the rise 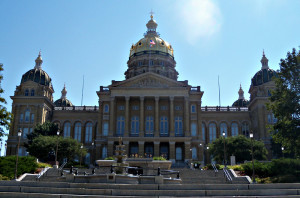 The percentage of Iowans who are obese has increased, according to an annual report released Thursday.

Iowa now has the 12th highest adult obesity rate in the nation at 32.1 percent. That’s up from 30.9 percent last year, when Iowa was 16th in the rankings compiled by the Trust for America’s Health and the Robert Wood Johnson Foundation.