You are here: Home / News / Fairfest in Fairfield features Buddy Guy among its music mix 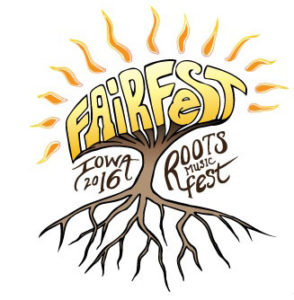 Coordinator Jean Greco says tonight’s big draw will be an 80-year-old Rock & Roll Hall of Fame blues legend who will be joined on-stage by an equally-talented 17-year-old.

“We have Buddy Guy as our headliner and he will be bringing in tow Quinn Sullivan, a teenage blues prodigy,” Greco says. “They sort of hand it off to each another. It’s going to be a fascinating show.” Saturday’s headliner is considered the godfather of rockabilly country, Marty Stuart, who’s played with greats such as Johnny Cash and is the host of Rural Free TV.

“On Sunday, we’re bringing in Donovan. He’s launching his 50th anniversary tour,” Greco says. “People may remember him from ‘Hurdy-Gurdy Man,’ ‘Jennifer Juniper’ and ‘Mellow Yellow.’ He had lots and lots of hits in the late ’60s and was hanging out with The Beatles.” The eclectic mix of musicians also includes Fairfield native Greg Brown, Charlie Parr, the Jerry Douglas Band, as well as a New Orleans jazz xylophonist. Greco says festival organizers wanted to offer a wide range of genres.

“We just felt that it was important to share with the younger crowd, the younger set, what a music festival is like,” she says, “and that you do bring in all kinds of different music, a little bit of everything to appeal to everyone.” The music will run through 11 P.M. Sunday.