You are here: Home / Agriculture / Iowa crop maturity up to a week-and-a-half ahead of normal 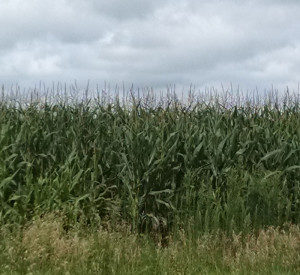 More than 80 percent of the state’s corn and soybean fields were rated in “good” or “excellent” condition at the start of this week and one weather experts says the 2016 growing season “has turned out pretty well” for Iowa farmers.

State Climatologist Harry Hillaker says crop development is about a week to a week-and-a-half ahead of normal.

“Things for the most part got planted on a timely basis, with exceptions in far western Iowa that had a pretty mid-April and early May, but otherwise in much of the state things got planted on time. It’s been a relatively warm growing season, so things that did get planted on time have been progressing along very well.”

Yield prospects are “looking quite good” for most of the state, according to Hillaker.

“A few places still a bit on the dry side, but nothing really super dry at this point,” Hillaker says. “Certainly northwest Iowa could use some rain, although it’s getting late enough in the growing season that it may still, perhaps, help out the soybean, but probably too late to have any benefit for the corn crop in that part of the state.”

A small area stretching from Onawa to just northwest of Sac City got NO rainfall at all last week, while nearly nine inches fell near Decorah. About nine-tenths of an inch is the normal amount of rainfall in Iowa for the final week of August.