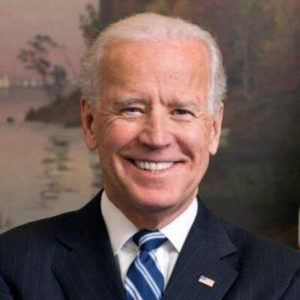 Vice President Joe Biden on Thursday said Iowa’s Chuck Grassley and the other Republicans in the U.S. Senate are in danger of “spreading the dysfunction of congress to the Supreme Court of the United States.”

Grassley will not convene a committee hearing on President Obama’s nominee to fill a vacancy on the court, arguing that the next president should make that appointment. Biden addressed the situation during a news conference on the steps of the U.S. capitol yesterday.

“My friends in the senate, they don’t have to support Merrick Garland…Vote no, but give him a vote,” Biden said. “We’re setting an incredibly dangerous precedent in the institution that I love, that I served in 36 years.”

For 17 years, Biden was either chairman or the top Democrat on the U.S. Senate Judiciary Committee. Grassley has been the committee’s chairman since January of 2015. Biden said there are “real consequences” for inaction.

“This is not healthy and the constitution, clearly by implication and I believe as a matter of fact, requires the senate to do its duty. Vote,” Biden said. “You don’t have to vote yes, but stand and be counted. Vote.”

In a written statement, Grassley campaign manager Bob Haus said Grassley “has been clear since February that Iowans deserve a voice in the direction of the Supreme Court.” Haus said a majority of senators are “opposed to wasting time and money on a hearing” for Garland when they know he won’t be confirmed by the full senate.

Grassley went on the senate floor late yesterday to give a speech on the subject. Grassley said Iowans are telling him they “appreciate” his decision on the court’s vacancy in this “politically-charged election year.”