You are here: Home / Agriculture / Beef producers will begin voting on checkoff in October 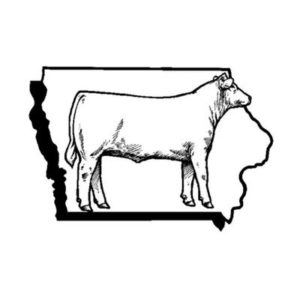 Iowa beef producers will soon get to vote on a proposal to institute a state beef checkoff program.

Iowa Cattlemen’s Association communications director, Katie Olthoff, says they submitted the required paperwork for the referendum earlier this month. She says they needed to get 500 signatures from cattle producers and worked throughout the summer at various events and turned in more than 700 signatures. The voting will begin next month.

“Producers can request an absentee ballot if they would like starting in October. Then they can mail in those ballots any time throughout the month of November,” Olthoff says. “or if they prefer, producers can vote in person at their county extension offices on November 30th.” The results of the vote would be known in mid-December.

The Department of Agriculture and Land Stewardship has says they’ll be able to certify the vote on December 14th. “If it passes with a simple majority of 51 percent or more — collections will begin March 1st 2017. It will be a 50-cent per head state checkoff,” Olthoff explains. She says the checkoff will be mandatory, but producers can request a refund.

“We have really worked hard at the Cattleman’s Association to do our legwork and make sure that our producers have been able to give input into how the money would be spent,” according to Olthoff. “That includes a survey that we did last fall among our Cattlemen’s Association members. Eighty percent of the respondents were in support of a state beef checkoff and they outlined several uses for those funds.” One use the survey supported is research.

Olthoff says that is something that currently can’t be done with the federal checkoff, but they think it is important to help producers stay profitable into the future. Olthoff says the national fund has done a lot to promote the industry nationwide and this would be more state specific.

“Beef is What’s For Dinner is part the federal beef checkoff program. It’s been a great way to promote beef,” Olthoff says. “We want some more flexibility in our dollars and we want to enhance what the national programs are doing. That federal beef checkoff has been a-dollar-a-head since 1986. So adding an additional 50 cents at this point is something that several other states are doing. It’s something our Iowa cattle producers have been very interested in.”