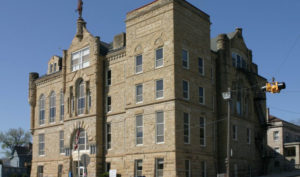 A southeast Iowa county has now become the third in Iowa to approve an increase in the local minimum wage.

The Wapello County Board of Supervisors voted unanimously tonight to increase the minimum wage some 40 percent, eventually reaching $10.10 per hour in January of 2019.

Just before his vote tonight, Wapello County Supervisor Jerry Parker challenged the state legislature to increase the minimum wage — before all 99 Iowa Counties raise it themselves.

“Let’s put it on the floor of the house and the senate for debate, then tell me it didn’t pass. I am not sure that’s going to happen, unless more cities and counties do exactly what we’re doing — put pressure on the legislature to synchronize this statewide,” Parker said. “They haven’t had the guts to do it. They do not even bring it up for debate. They don’t bring it up because they don’t want to address the issue. They’re afraid what their constituents will think.”

Wapello County’s three-tiered increase will begin on January 1, when the minimum wage is increased by 95 cents to $8.20 per hour.