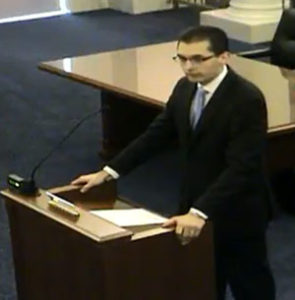 The Iowa Supreme Court heard arguments today about whether 10 drainage districts in northwest Iowa should keep their immunity from paying damages if the Des Moines Water Works is successful in a federal lawsuit over high nitrate levels in the Raccoon River.

“The remedy in this case would be very similar to the remedy for a permit that drainage districts would be required to obtain. Which would involve objective metrics and measurements of their discharge of pollution and then efforts to mitigate that pollution,” Lande says. 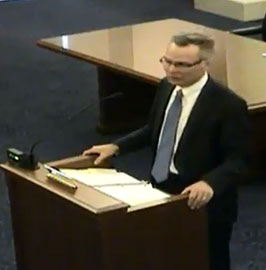 Attorney Michael Reck represents the drainage districts. He says the immunity for the districts has been upheld numerous times. “I can’t say it better than this court already did. A drainage district could not be subject to money judgment and tort under any state of facts. That’s what this court told us,” Reck says. “This is not some off-hand comment that was made once in the 75th page of some ruling.”

Justice Mark Appel questioned whether there should be a change. “You know maybe in 1900 this was right, sovereign immunity was very much alive then. Tell us why it still should prevail today,” Appel says.

Reck says one of the reasons is that lawmakers haven’t moved to make a change. “Because the legislature has left it in place. And if the legislature wanted to overturn this doctrine, they could have. Second, it needs to stay in place because this is not the proper procedure to bring up that particular question,” Reck says.

Reck says the way drainage districts work have not changed, they either increase water flow, or slow the water flow. “Theses entities — drainage districts — are merely vehicles for effectuating the will of the legislature. They don’t have power beyond what they are told to do,” according to Reck.

The Iowa Supreme Court will determine if the districts will have to pay damages if that is the outcome of the federal lawsuit. That lawsuit is expected to go to court in June of 2017.