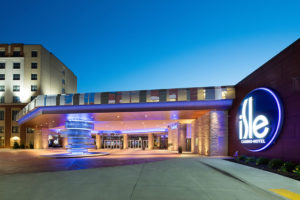 A Nevada company which owns casinos in 5 states announced the purchase today of the Isle of Capri Casino group which includes three eastern Iowa-based casinos among its 14 properties.

“Eldorado resorts will acquire Isle of Capri for 23 dollars per share for total consideration of $1.7 billion, inclusive of the assumption of 929 million dollars of Isle of Capri’s long-term debt,” Carano says.

Eldorado started with one casino in Reno, Nevada and now owns three there along with properties in Shreveport,Louisiana; Columbus, Ohio; Chester, West Virginia and Erie, Pennsylvannia.

“This transaction is a transformational growth opportunity for Eldorado as it brings together two highly complimentary regional gaming operators to establish a premiere regional gaming platform,” according toe Carano. He says the purchase has gotten preliminary approval.

He says the boards of Eldorado and Isle of Capri have unanimously approved the transaction and stockholders who control approximately 24 percent of Eldorado and 35 percent of Isle have signed agreements to vote in favor of the transaction. Carano says the combined properties of the two companies generated $1.8 billion for the fiscal year that ended June 30th.
Iowa Racing and Gaming Commission administrator, Brian Ohorilko says the commission will have to approve the sale of the three Iowa properties.

“We’ll be looking at some of their key personnel, their key employees to determine whether or not those individuals are suitable,” Ohorilko says. “Once the backgrounds are completed, the commission will hear the background report from the DCI and would make a determination at a later date.”

He says a change in ownership for Iowa properties is not uncommon. “Similar to this would probably be the transaction where Boyd Gaming came into Iowa and purchased Peninsula Gaming. Pinnacle had come in and purchased Ameristar over there in Council Bluffs…they occur every few years I would say, and essentially what the commission’s role will be is to make sure that these new investors are suitable to conduct gaming in the state of Iowa,” according to Ohorilko.

The Isle has casinos in other states and getting approval from each one will take some time. He says this transaction is scheduled to close in the second quarter of 2017 as they will have to get approval in Iowa and the other states. Ohorilko says past experience has shown there are not many changes in local management when these type of sales happen.

“Historically we’ve seen very few if any changes when these transactions occur. What you will see from time to time — at least at the corporate level — changes taking place, and it’s still too early to tell if that will occur with this transaction,” Ohorilko says. The Bettendorf casino just completed a new building, the Waterloo casino is relatively new, so Ohorilko says a the new company may not make many changes to the casino buildings themselves.

“Don’t know what the overall plans are going to be with the Iowa properties, but I wouldn’t expect to see very many changes just due to some of the history and the recent expenditures that have been made,” Ohorilko says.

The Iowa Gaming Association website says there are 547 employees at the Bettendorf casino, 517 in Waterloo and 193 in Marquette.