You are here: Home / Crime / Courts / Monroe man charged for hitting two men with his pick-up 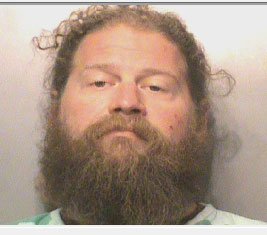 A 40-year-old man accused of hitting two men with his pick-up at a Little League complex in Des Moines was released from the hospital last night. He was in court this morning to face criminal charges.

The incident happened early Sunday morning. Police say Chad Winninger of Monroe ran over a 56-year-old Des Moines man and hit a 49-year-old Sioux City man. The second victim was treated for minor injuries at the scene, but the Des Moines man remains in the hospital in critical condition.

The concession stand, fencing and bleachers were also damaged at the Little League park.

Police say Winninger tried to walk away from the wreckage and became combative when officers confronted him. Winninger has been charged with assault, criminal mischief and interference with official acts. His bond has been set at more than half a million dollars.