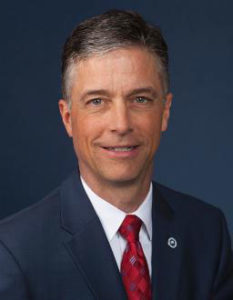 Cable TV and phone companies commonly offer customers a “price lock guarantee”, but it’s not something you usually hear from universities. Drake University in Des Moines is changing that with an offer to incoming freshmen.

President Marty Martin announced Drake’s Tuition Guarantee program Tuesday. “It’s very simple. The price that our students will pay coming in the front door starting in the fall of 2017 will be the price that’s guaranteed to them throughout their undergraduate career at Drake,” The rising cost of tuition has been talked about at the three state-supported universities in Iowa and it’s also been something brought up by various political candidates. Martin says his school also knows about those concerns.

“We’ve been hearing — as I believe many other institutions have — that parents and perspective students really desired greater clarity around what this is going to cost. They wanted to know up front what this is going to cost over the four years that my student is there. How do I better plan for this,” Martin says. “So, we responded to that, we wanted to give them the clarity, that’s what the tuition guarantee does.” Martin says they had to take a hard look at their budget to be able to make this offer.

“We’re very sensitive to costs of course as well, we are a tuition-dependent institution. So, we’ve had to do a lot of planning in our ability to make this guarantee with confidence, and of course we’ve arrived at that because we’ve done so.” Martin says. “But we always have to sharpen our pencils — that’s the world that we live in — and we’ve done that and are prepared to continue to do it.” Drake is a private school and the tuition guarantee is another thing they can use to compete for students.

He says they recently unveiled what they call the “Drake Commitment” in August and it talks about the quality of the experience of education at the school. “Which is incredibly high, great academics, vibrant student culture leads to tremendous outcome. It’s one of the best accomplishment rates in the country, mid-career earnings that are top in the country, the 97th-98th percentile in the country,” Martin says. “So we know that what we do from a quality perspective — and we’ve now addressed cost — and it’s that intersection of cost and quality that really speaks to value.” Martin says the value that students receive is well documented.

“We’ve routinely been recognized by Kiplingers and Princeton Review as one of the best values in higher education in the country. We’re just doubling down on that value proposition,” according to Martin.

The school says Drake alumni pay off their student loans at a rate significantly higher than the national average for student loan repayment, due in part to early- and mid-career success.