You are here: Home / Agriculture / State Forest Nursery will pay you for your walnuts, no cracking needed 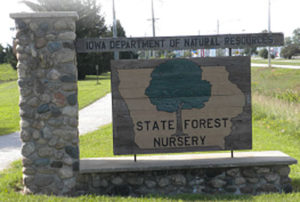 If you’ve got walnut trees and some time to rake up the walnuts that fall from them, you can make a little money from the State Forest Nursery.

Nursery spokesperson Candace Weigel says they collect walnuts every year to grow into thousands of seedlings. They are a little short on their seed supply this year.

“This year and last year there’s been kind of a short of walnut seed, so we are having enough trouble getting enough walnuts to fulfill the walnut seedlings that we need to supply for the state,” Weigel says. She says the walnut shortage is something that happens from time-to-time.

She says seeds on trees tend to be cyclical as walnuts are prolific some years and other years are down. Weigel says that happens with other species too such as oaks. Weigel says they will pay you $2.50 for each bushel of walnuts you bring to collection sites around the state.

“The seed can just be in buckets, or loose in a pickup bed or trailer. And the hulls can be left on,” she says. Weigel says most people don’t do anything with the walnuts that fall off their trees.

“Most of the walnuts will just be left for the animals and the squirrels bury some of them and they will grow up and produce little walnut seedlings,” according to Weigel. “Some people do collect them and crack them completely open and do eat the black walnut.”