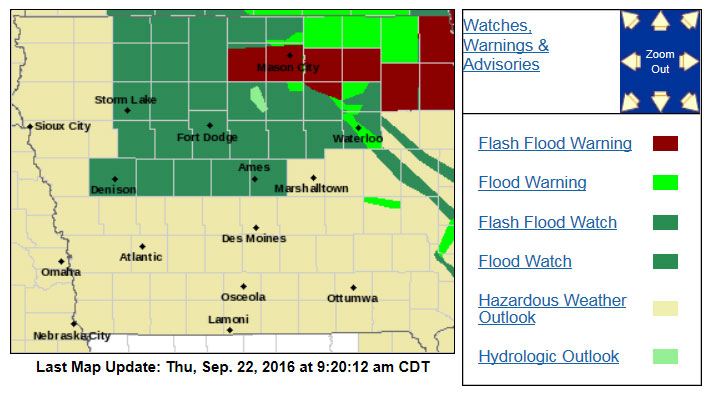 Flash flood watches and warnings are posted across northern Iowa after severe storms rolled through.

Some spots in Floyd and Butler counties received as much as 10 inches of precipitation since the rain started falling Wednesday afternoon, with the rain being accompanied by large hail and reports of tornadoes Wednesday evening.

In Greene, multiple homes are now being impacted by floodwaters from the rapidly rising Shell Rock River. Butler County emergency management officials say the river was near the record level that it reached in 2008.