You are here: Home / Fires/Accidents/Disasters / Rain floods the streets of Ames 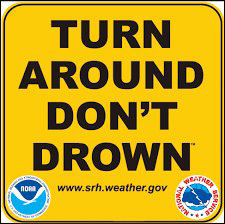 Officials in Ames have been busy through the night after heavy rain inundated streets and homes. Bob Kindred, the assistant city manager of Ames, says many roads are underwater.

“The intense rainfall last night came heavily and we had three, four five inches of rain which ended up not causing river flooding, fortunately, but unfortunately, there was a great deal of street flooding and cars stalled out in streets, some accidents and a number of homes that took water in their basements.” Kindred says Iowa State University campus managed to avoid any severe flooding.

“The situation was not as serious there, just because of the nature of the topography on the campus,” he says. “They’ve been focusing on that and we’ve been focusing on the rest of the city overnight.” A flash flood warning expired at 3:30 this morning but Kindred said there are still reports of flooded streets in Ames.

“As late as 4 o’clock this morning, we still had water two or three feet deep on some city streets,” he says. “It’s been very slow running off. Some of that may be due to stormwater intakes that became clogged with debris during the intense storm.” He says many cars were left abandoned in streets and were damaged by the water. Ames police, fire and city staff, plus Story County Emergency Management spent much of the night assisting residents impacted by the high water.