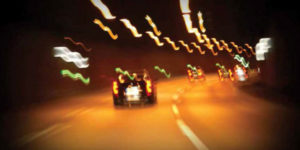 Gail Weinholzer, spokeswoman for AAA-Iowa, says they’ll address the sharp rise in incidents, crashes and deaths that are related to drivers who are impaired, not just by alcohol but by various legal and illegal drugs.

“We also want to raise awareness around enforcement challenges that there are for the issue as far as attempting to determine what the driver may or may not be on during a particular traffic stop,” Weinholzer says. “Overall, we want policymakers to think about how they want to address drugged driving as we go into the future.”

The day-long conference is drawing more than 200 educators, law enforcement officers, lawyers, judges, and policy makers from across Iowa. “We expect a few legislators, we’ve got traffic safety professionals, we’ve got law enforcement officers,” Weinholzer says, “so a wide range of people that are involved in the traffic safety world, from the Department of Transportation, Department of Public Safety and the like.”

While most law officers are equipped to test a driver they’ve pulled over for alcohol impairment, a vast majority can’t test for other impairments.

“We do not have those same types of measurement tools available to us for drugs yet although there are many companies working on that development,” she says. “There are other ways to assess whether someone is impaired. There’s a 12-step DRE evaluation that can be followed up with either a blood or a urine test.”

DRE refers to a drug recognition expert. The invitation-only event is being held at Prairie Meadows Hotel and Casino in Altoona.