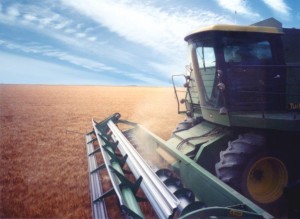 A new survey of grocery shoppers in the state finds 94 percent “place trust” in Iowa farmers.

Andrew Wheeler is a spokesperson for the Iowa Farm Bureau, which released results of its Food and Farm Index Survey conducted by The Harris Poll.

“It also found that nearly nine in ten, 89 percent, say they are confident Iowa farmers care for their animals responsibly and 85 percent say they are confident that Iowa farmers care for the environment,” Wheeler says. “It’s certainly encouraging for our members to hear that because sometimes it’s easy to get hung up on headlines that are negative or not so positive towards agriculture and farmers.”

The poll found 76 percent of those surveyed said they read food labels when they buy their groceries. That’s down from 82 percent in last year’s survey.

“That still shows three in four Iowans at the grocery store are looking and paying attention to food labels, so that’s still a relatively high number. But, the bottom line is that taste and price are the remaining dominant factors that are driving their decisions when they’re at the grocery story,” Wheeler says. “But, they’re certainly looking at the labels and trying to make sense of what some of those different terms mean.”